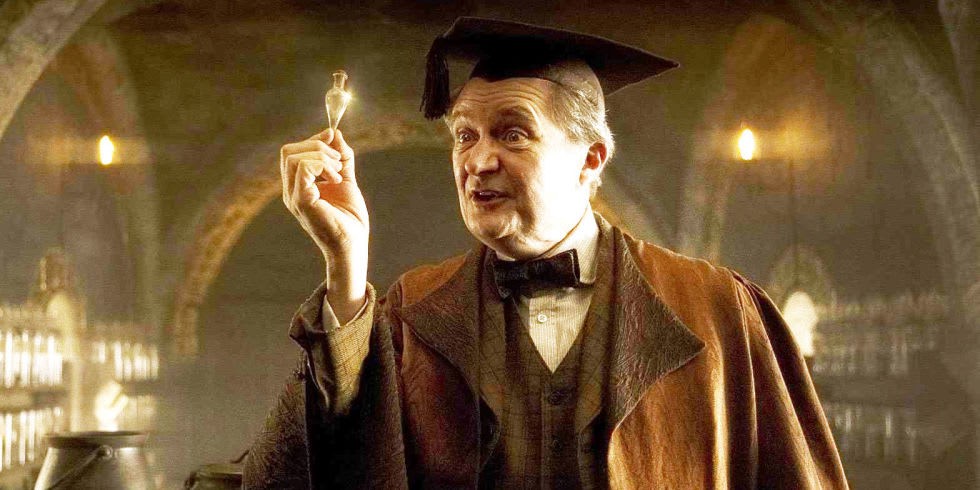 The Harry Potter book series and franchise remains one of the favorite magical stories for children and adults who grew up with them.

The story of Harry Potter, the little sassy orphan that lives under his aunt’s stairs that turns out to be the most famous child of the wizarding world, is not only a fantastic story that takes a reader’s breath away everywhere they reread it, but deep down has a lot of wisdom within.

While the majority of children’s books are plain and without any real meaning behind the story, J.K. Rowling is among those authors that brought to its readers a magnificent story, with a deep and heart- touching meaning.

And not only the story, but even pieces of paragraphs, and sole sentences in the book have deep meaning, and make one think of the real power of words.

J.K. Rowling has gone to extra lengths, and not only that she has invented words, which have later been added into the Oxford English Dictionary, as the world ‘muggle’, but she has even invented whole new idioms, which are now widely used.

That’s right, these new words invented by Joanne are now widely used by the Harry Potter fans. Diehard fans, who may have reread all the seven books together even tens of times, have not permitted these ‘jewels’ (new words and idioms created by Rowling) to lay still. They have started using them in their everyday life, giving them a new meaning, according to the situation in which they were used in the Harry Potter story.

Following in this article, we will explain how Potterheads* have started using a phrase in Harry Potter, turning it into a widely used idiom today, and that is “don’t let the muggles get you down”.

If you love Harry Potter Cards game, then you must enjoy playing the Cards Against Muggles with your friends and family.

Cards Against Muggles is for horrible person who fancies the Harry Potter book series.

First of All, What is a Muggle?

We cannot continue our story without first explaining the word “muggle” to those who are not familiar with it and the Harry Potter world.

The word ‘muggle’, as we mentioned above, has been adopted to an actual real world meaning, just as many other words invented by Joanne, and has been added to the English Dictionary, which defines it as ‘a person who is not conversant with a particular activity or skill.’

Yet, its meaning in the wizarding world is a bit different, as it means a person without magical powers, and is born to non-magical parents as well, and is used in Britain’s English speakers. In the United States of America its equivalent is No-Maj, which is short for No Magic.

The Story Behind the “Don’t Let the Muggles Let You Down” Phrase?

In the summer before the third year at the Hogwarts School of Witchcraft and Wizardry, our magical orphan Harry Potter is staying at the Dursleys, which would be the family of three, Harry’s aunt Petunia and her husband and son.

As the Dursleys have mistreated and bullied Harry for years as he grew up at their place, unlike his peers, he is unhappy with summer and cannot wait for school to start again.

“The Dursley family of number four, Privet Drive, was the reason that Harry never enjoyed his summer holidays,” Rowling writes in the first chapters of Harry Potter and the Prisoner of Azkaban, which is the third book in the series, where our story takes place.

That summer, Harry’s best bud, Ron Weasley, had attempted to phone Harry and ask him about his summer, and unlucky for both friends, Petunia’s husband, uncle Vernon – had a very medieval attitude toward magic- had answered the call.

Vernon had roared at Ron, telling him there was no Harry Potter in his house, furiously throwing the receiver back onto the telephone. He had then shouted to Harry for giving out their phone number to wizards.

At the end of July, on Harry’s birthday, despite having imagined no one would remember it, his friends had sent their owls with presents. Among Ron’s present there was a letter which he tells Harry about his family’s trip to Egypt, and among others read the following:

“We’ll be back about a week before term starts and we’ll be going up to London to get my wand and our new books. Any chance of meeting you there?

Don’t let the Muggles get you down! Try and come to London, Ron”

The muggles in this case were Petunia, Vernon and their son Dudley, and by telling Harry “Don’t let the Muggles get you down”, Ron meant to tell his best friend to not be upset with their behavior and tried to encourage him not to let them treat him so badly.

What Does “Don’t Let the Muggles Get You Down” Means Nowadays?

Ron Weasley, as the wonderful friend that he was to Harry, told him to not allow his aunt’s muggle family to upset him, encouraging him to keep up the good mood.

The phrase is so widely used now, that even people that have never watched any of the Harry Potter of Fantastic Beasts movies, and never read any of the books, grasp its meaning.

Nowadays, when a person tells to another “don’t let the muggles get you down”, what he or she really means is:

“Do not let other people who criticize you or try to look down on you reach their goal no matter what. IF there are people who see you doing well and they are not pleased by that. Therefore, they will do all they can to bring you down, discourage you, make you doubt yourself and question your own worth. Some might even do this to you unintentionally. Do not let them bring you down. They are muggles for you, which means they do not have the capacity to understand you and appreciate you.”

It is actually a very nice meaning.

How Were the Muggles Getting Harry Potter Down?

As Harry lived for 11 years with the Dursleys a.k.a. the muggles in our story, this means they were a huge part of his childhood, and not a nice one at all.

As the Dursley were so scared of magic, and thought of it as a weird freakish thing, they did all they could to prevent Harry from ever knowing he was a wizard, and even attempted to stop Hagrid from telling the poor boy what his real parents were and how they died.

Even after Harry left for Hogwarts, he had to go back to his aunt’s during the summer, and these summers were not pleasant at all. While all children and teenagers love summer, Harry hated it, and couldn’t wait for September to go back to his real home, Hogwarts.

Following we have made a compilation of the top ways the Dursley muggles were mean to Harry:

The cupboard was the only place Harry could be alone, however, his cousin Dudley always took care he did not have any tranquility in there too. He, a little overweight that he was, would run up and down the stairs making noise, so he would bother Harry as much as he could.

Harry was badly fed. The Dursley never fed Harry properly, that is why throughout all the books Harry is described as super skinny, more petite than the other boys his age, and very pale. All this because he was often not permitted to sit at the table with his “family”, and it was Dudley who ate most of the food in the house.

They ridiculed his parents. Uncle Vernon, and even Harry’s aunt Petunia, would often make fun of the late James and Lily Potter who lost their lives at 21 years of age, when Harry was just a baby. His aunt even called Lily “a freak” once.

“I was the only one who saw her for what she was… a freak!” she said.

Gave him rubbish presents on his birthdays. Of course, the Dursley never even meant to give him a present, they only wanted to make fun of him. Harry grew up without ever celebrating a birthday. On his tenth birthday, Harry got a coat-hanger and a pair of Uncle Vernon’s old socks. Later on, he received the likes of a single tissue, a fifty-pence piece and a toothpick.

Blamed him for everything. They never lost a chance to blame Harry, and to shout at him, even for things that he had no idea had happened. They simply took pleasure in torturing this boy who had no one in the world, but them.

When You Have Seen As Much of Life as I Have…

Another wonderful quote by J.K. Rowling. You may have seen this quote in wallpapers, shirts, sweaters, and other places, and not been aware that it was from the Harry Potter and the Half-Blood Prince.  Well the full quote is as follows:“When you have seen as much of life as I have, you will not underestimate the power of obsessive love.”

It is a quote that reminds us that we should never look down on obsessive and irrational love, as it may be so powerful and destroy so much, we wouldn’t ever imagine.

This line is said by Horace Slughorn who is a Potions Master at the Hogwarts School of Witchcraft and Wizardry, during one of his classes. During this particular class, Slughorn is teaching Harry’s class about some potions as the Veritaserum, a colorless, odorless potion that forces the drinker to tell the truth.

Among others, he also mentions Amortentia, which Hermione defines as the most powerful love potion in the world, and explains that the potion smells differently to every person.

Amortentia doesn’t really create love, of course, Slughorn says, as it is impossible to manufacture or imitate love. It rather simply causes a powerful infatuation or obsession, and as such the Potion teacher rates it as the probably the most dangerous and powerful potion in the room.

As the famous Draco Mallfoy and his friends laugh out at this assertion, Slughorn says his famous line, and tells them not to underestimate the power of obsessive love.

Throughout the books, we can see several examples of obsessive love, which is that of Severus Snape for Lily Evans, who later on becomes Lily Potter. Yet, maybe the most powerful story with the most destructive consequences was that of Voldemort’s mother for Tom Riddle, who fathered her a child, Voldemort, under the Amortentia potion.