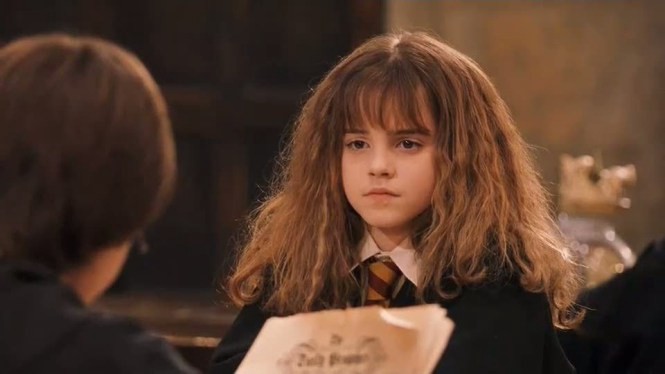 What Does the Word ‘Muggle’ Mean?

The Oxford English Dictionary defines the word ‘muggle’ as an informal noun, the meaning of which is ‘a person who is not conversant with a particular activity or skill.’

The word derives from the word ‘mug’, a British slang, which in the late 70-es and early 80-es of the 20th century was used to describe a foolish or stupid person.

However, the word ‘muggle’, which as many other words that later were adopted to an actual real world meaning and added to the English Dictionary due to the popularity of the Harry Potter books, was invented by the children author Joanne K. Rowling.

In the wizarding world of Harry Potter, of magic, witches and wizards, the word ‘muggle’ means a person without magical powers.

What Is a Muggle?

As explained above, a muggle in the wizarding world of Harry Potter is a person who has no magical powers whatsoever and is born to non-magical parents as well.

While the word muggle is used in the British wizarding world, in the United States of America its equivalent is No-Maj, which is short for No Magic. Both words – muggle and No-Maj – have the exact same meaning.

While even you didn’t know before, they are some cards that exist called Harry Potter Cards Against Muggles, that you can play with your friends. Well now you know.

Many people tend to misunderstand the differences between a muggle, and a muggle born, a squib, and a ‘mudblood’. They are all different terms for different types of people in the world of magic (except for the muggle born and ‘mudblood’ which are two terms used for the same category of people, but we will get back to that later on.)

Differences Between a Muggle and a Muggle born

While a muggle has no magic powers whatsoever, not even the slightest ones, a muggle born can be a fully competent witch or wizard if he/she gets the right training or schooling.

What both have in common, a muggle and a muggle born, is that they are both born to muggle parents, people who have no magic powers at all.

Children and grown-up wizards who are forced to suppress their magical powers through psychological or physical abuse, do not turn into muggles but instead into some kind of dark forces called “Obscurus” which we have explained below in this article.

Differences Between a Muggle and a MudBlood

Let’s just start by noting that the word ‘mudblood’ in the wizarding society is racist, and is used as a derogatory term by those who consider themselves to be superior in the wizarding world, in particular of pure-bloods (wizards from families without any muggles in their family tree).

A mudblood is a muggle born, which is a person who was born to parents that have no magical powers.

Throughout the Harry Potter book and movie series we can see a lot of examples when those pure-blood supremacists look down on muggle borns, including a very disturbing scene when the word mudblood is carved in the hand of a muggle born during a torture session (who would later become the Minister of Magic).

However, the good wizards and witches are always fighting against such racism in the world of magic, and by the end of the Harry Potter story, they win over the bad guys who want a magical world free of muggle borns.

Differences Between a Muggle and a Squib

Both a squib and a muggle have no magic powers, and cannot lift even a feather no matter what magical wand is given into their hands. Yet, while a muggle is also born to non-wizard parents, a squib is an offspring of at least one wizarding parent.

Many in the wizarding world refer to them as “wizard-born Muggles”, which means they are the opposite of muggle borns.

While squibs are very rare, a large share of the wizarding community looks down on them, and disdains them, particularly those that take pride in being from pure-blood families for centuries, without ever mixing with muggles.

We must note that the magic gene still lives in the blood of squids, so they are capable of producing descendants with magical powers, even if they marry with muggles only, for generations.

Differences Between a Muggle and an Obscurus

While we do not get a chance to see an obscurus in the Harry Potter series, we meet with for the first time in the “Fantastic Beasts and Where to Find Them” movie.

Newton Scamander, the main protagonist of the movie, explains to his American muggle friend Jacob Kowalski the first Obscurus was created at the time when wizards were being hunted by muggles due to their magical powers.

He explains that young wizards and witches sometimes tried to suppress their magic to avoid persecution, and instead of learning to harness or to control their powers, they developed what was called an Obscurus.

Unlike a muggle, who has no magical powers (as we said so many times), and Obscurial is a young wizard or witch who has developed a dark parasitical magical force, known as an Obscurus, as a result of their magic being suppressed. The suppression may result due to psychological or physical abuse.

Is Harry Potter a Muggle?

No, Harry Potter is not a muggle (beware: spoilers ahead). He is the son of pureblood wizard James Potter and muggle born witch Lily J. Potter (née Evans).

Harry is brought up by muggles until the age of 11, when he receives his letter of acceptance by the British Hogwarts School of Witchcraft and Wizardry.

After Harry’s parents are killed by the dark lord Voldemort, Harry is left at the doorstep of the Dursley family by Albus Dumbledore – Hogwarts School Director and one of the most powerful wizards – and Minerva McGonagall, a school teacher.

Petunia Dursley is the older sister of Harry’s mom, a muggle, married to muggle Vernon Dursley, who together have a son called Dudley, also a muggle.

The Dursleys, alongside Voldemort’s real father, may be the most famous muggles we encounter throughout the whole series.

We must note that fans are not fond of the Dursleys at all, as they looked down on Harry, mistreated him, and even his aunt herself called her own sister “a freak.”

“I was the only one who saw her for what she was… a freak!” she says.

Is Hermione a Muggle or Mudblood?

Hermione is not a muggle, as she is a fully capable witch, and maybe one of the most powerful witches of her time. She is, however, a muggle born, and therefore a mudblood to pureblood-supremacists. As we already noted that the word mudblood is derogatory, we will use the right term for wizards born to people without magical abilities, which is a muggle born.

Both of Hermione’s parents are muggles who work as dentists and are fully supportive of their magical child (unlike Petunia Dursley who doesn’t approve of her sister, and then nephew being magical).

Hermione understood that she was a wizard when she received the letter from the Hogwarts school, just as Harry, despite that she had probably showed some magical abilities earlier on in her childhood.

Who is Muggle Born in Harry Potter?

Throughout the Harry Potter series, we get to see several muggle borns, some of them as the main characters.

We already talked about Hermione Granger, born to two muggle parents who work as dentists and support their witch daughter despite that they do not quite understand her world.

Next, there is Harry’s mother, Lily J. Potter, born to Mr and Mrs Evans. She also has an older sister, Petunia Evans – mentioned above – who is a muggle too.

Lily discovered her magical powers early on her childhood after she met Severus Snape,  who recognized her as such and told her about the world of magic.

Kendra Dumbledore – despite that we do not see Kendra in live-action, she is mentioned throughout the book series. She is the wife of Percival Dumbledore, and mother to Albus, Aberforth, and Ariana Dumbledore.

We do not know much about Kendra’s family, only that they were all muggles, and Kendra was the only one who showed magical powers.

Edward “Ted” Tonks – the muggle born wizard who went on to marry Andromeda Black, with whom he had a daughter Nymphadora Tonks (who married Remus Lupin). There isn’t much information about Ted’s muggle family, aside from the fact that Andromeda was singled out of the family for marrying a muggle-born, as the Blacks are one of the most prejudiced pure-blood families.

Myrtle Warren was a Muggle-born witch student at Hogwarts who was killed by the Serpent of Slytherin, under Tom Riddle’s orders. She is known as the Moaning Myrtle after she became a ghost who haunted the second-floor girls’ bathroom,

Can a Muggle Turn Into a Wizard?

No, a muggle cannot turn into a wizard. At least there is no reference in the Harry Potter book series, the “Harry Potter and the Cursed Child” or the “Fantastic Beasts and Where to Find Them” and its spin-offs.

Aside from having no magical abilities at all, a muggle wouldn’t be able to cast a spell if he or she were to receive a magical wand, as the latter work only in the hands of true witches and wizards.

Why Do Some Wizards in Harry Potter Hate Muggle Borns and Mudbloods?

When J.K. Rowling wrote the Harry Potter series, she managed to create a magic world that is quite similar to ours. There are the good and the bad guys in both worlds, and there are white supremacists in our world, and pure blood supremacists in their world.

Yes, pure blood supremacists are the equivalent of white supremacists. They look down on muggle borns and call them mudbloods, which is a derogatory term.

They, in fact, throughout the whole Harry Potter series tend to create a magical world without muggle-borns, as they believe they do not deserve to use their magical powers, as they do not have wizard parents.

Ironically, their leader – the Dark Lord – is not a pure blood, as his father Tom Riddle Sr. is a muggle.

The Blacks and Malfoys are some of the bigger supremacist families throughout the Harry Potter series.

Do the Muggles Also Hate Wizards?

Given that the majority of muggles have no idea about an existing world of magic, witches and wizards – no they do not hate muggles.

Some muggles that are aware of the existing of such a world, are rather afraid of it, so we cannot quite say they hate wizards.

The perfect example for this, is the Dursley family. They are so scared of wizards, to an extent you might think they deeply hate everything that has to do with the magical world when they do not even understand it.

In Harry Potter Universe Do Wizards Take Up Muggle Jobs?

Actually, muggle jobs as cleaning or cooking are done by elves. The rest of the jobs may be quite similar to those of muggles but are always somehow related to magic.

We cannot exclude the fact that there may be some wizards and witches who decided to give up on their magical life and went on to work at a muggle post office, a shopping mall, muggle architects or doctors, etc.

What Is “Cards Against Muggles”?

Cards Against Muggles is a card game for people who enjoy +18 and dark humor, and love the magical world of Harry Potter. There are 1400 cards, 990 of which white cards and the rest black cards, and the fame is played the same way as the Cards Against Humanity.